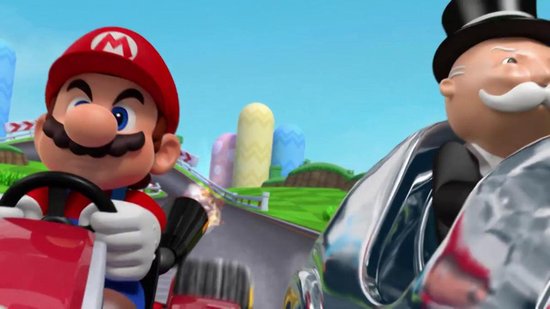 This edition of the Monopoly game joins forces with Nintendo video game characters for an exciting gameplay experience.

This edition of the Monopoly game joins forces with Nintendo video game characters for an exciting gameplay experience.

Instead of the standard Monopoly tokens, players can choose to move around the gameboard as Mario, Princess Peach, Luigi, or Toad. Buy iconic Mario Kart properties such as Bowser’s Castle and Rainbow Road, Pass Go to trigger a race from Mario Kart Cup, dodge banana peel tokens, toss shells, pick Grand Prix cards, and collect Coins. When the final race is over, the player with the highest score wins.

There are no reviews yet.